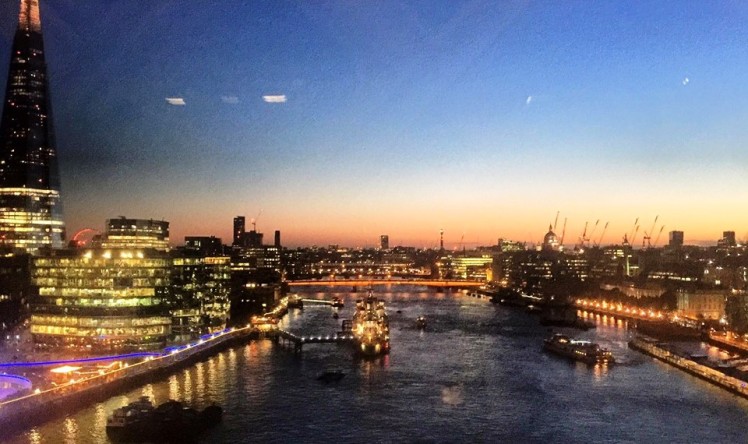 It’s not often that I’ve greeted a new year with such indifference. I’m so used to indulging in disappointments that I normally relish the turn of the year for a little severe self-examination.

But maybe an attitude of ‘life goes on’ is exactly what’s needed.

I started 2016 with a date where the second question was about my weight. You know there’s no going back from that.

It’s hard not to want to constantly bemoan bad luck. Over the years, I’ve used anything at my disposal to disguise that craving. It’s as hard a habit as any to break.

What I take away from 2016 is that the way I approach things is not particularly successful, so I have to try something different. A new look, a new attitude… It’s not going to be easy, but nothing ever is.

What’s wrong with the old?

I cut an increasingly frustrated figure in 2016 – at work, at home, and in my various incapacities.

A terrible accident involving a colleague in January meant that I was left holding the reins of a marketing department at one of its busiest times – having only just arrived myself.

Having survived that, I’ve achieved a lot – even contemplated that I’m making a success of things at last.

But it’s been a damned hard effort. I’ve spent many additional hours at work to combat loneliness, which in turn gets me tired and frustrated and probably compounds the problem.

I was touchy by the summer, when I told colleagues I’d had enough of their speculations about my private life.

By the end of the year, I’d been comically labelled ‘cantankerous’ in the office, while elsewhere I was privately questioning where my recognition had gone.

So there we have it. I’m slowly turning into a certain seventeenth-century poet after all – just not in the way I anticipated. (And by December, it could well have been Rochester.)

And this is where vacuous statements like ‘the way I approach things’ come from. I’m no longer sure whether these examples are in or out of character.

Did circumstances provoke them? Should it matter whether they did or not? Somehow it doesn’t seem healthy, and it certainly won’t harm to find more of the few moments of peace that 2016 brought.

Quiet among the chaos

What clouds the picture of ‘character’ a little is that I’ve had moments of real clarity in 2016.

Contemplating how one manages to fail a mock A-Level exam and then a decade later complete a PhD on the same subject was a fun exploration of a positive journey.

Thinking back to a day that time never forgot and the consequences it brought explored a more difficult one.

It felt like finding a voice that has been missing for a long time – or perhaps one that’s never been found before.

So it hasn’t really mattered that this little site has gone quiet (in a sense, anyway). Visitor numbers in 2016 hit a six-year low. In light of this, I’m grateful that you continue to lend me your eyes and share with me your insights.

May we continue to create some clarity amid the chaos.

Chaos among the quiet

I’ve often said – especially around New Year – that fortune is finite. I still believe that.

But since I focus too much on bad luck, I think it’s fair to suggest that it probably does even itself out.

We don’t see explicit demonstrations of good luck anywhere near as often as often as bad. But having just returned from a wedding and still very much caught in the sentiment, it doesn’t escape me how fortunate I am to get invited to things and to find ways to enjoy myself occasionally.

In 2016, I managed to play Knightmare Live by invitation, travel up the Tower Hill Exhibition at sunset, spend a memorable cocktail evening in Leicester, and take a wonderful five day break in Berlin to see Alphaville at Finsterwalde.

I’m still ticking along with my publications (slowly), and am working on a piece on Marvell and failure, the fate of which may prompt me to take the monograph forward as time marches on.

My initials and, fortuitously, my identity. As long as these three chambers remain alive, things will never be as bad as they seem.