Over time, the challenges and tortures of Andrew Marvell’s lyric poems become increasingly reflective of my own experiences. And yet, the closer I get to the poems in this way, the harder it seems to document. 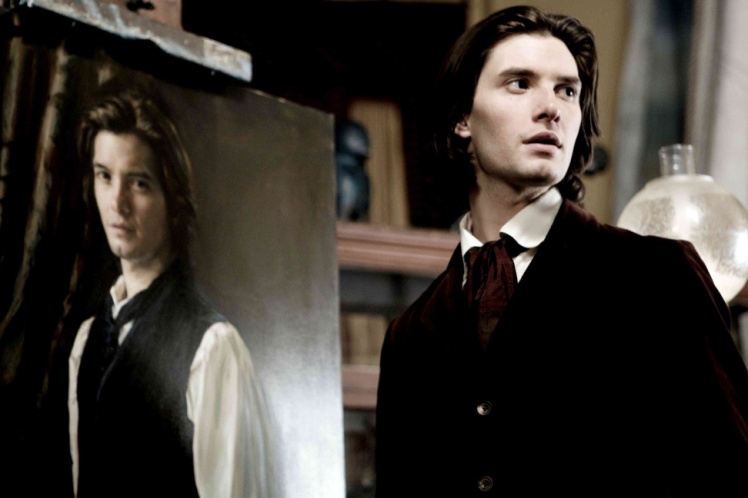 The first time I attempted genuine research was looking at Oscar Wilde’s The Picture of Dorian Gray through the lens of dysmorphophobia or body dysmorphic disorder.

Naturally, it wasn’t random flicking through some somatoform disorder textbook that brought this association to my attention, but personal experience. And, to be honest, personal experience doesn’t always match what textbooks or research papers have to say.

There’s a scene in the novel where Dorian’s portrait is revealed, and Dorian is momentarily ecstatic with it then inexplicably miserable. It’s one of many emotional episodes that seem so tangibly familiar to me, yet so difficult to map credibly and analytically into academic writing.

This is probably why, despite being my most unique piece of work, it has never become anything more than a reference in a newspaper article on Body Dysmorphic Disorder.

A similar scenario surfaces for my primary research interest, the poet Andrew Marvell. Over time, his lyric poems become increasingly reflective of my own experiences. And yet, the closer I get to the poems in this way, the harder it is to write about them.

Society is all but rude
To this delicious solitude.

In the early 1650s Marvell returned from London to the rural West Riding of Yorkshire. His lyric verse, available to us now, shows struggles with his private conscience at the disparity between public and private lives.

Solitude is not always the answer to life’s difficult questions, but sometimes it offers a consolation. Believe it or not, there is stability in nothingness. Opportunity, on the other hand, too often precedes disappointment.

Meanwhile the mind, from pleasure less,
Withdraws into its happiness:
The mind, that ocean where each kind
Does straight its own resemblance find;
Yet it creates, transcending these
Far other worlds and other seas;
Annihilating all that’s made
To a green thought in a green shade.

This wonderful stanza offers me plenty that I can identify with, but in my head rather than in words. The pastoral picture swells in the inhibited space until it implodes. It makes me think of Aragorn’s words to Éowyn in Return of the King signalling that all is unrequited: “it is but a shadow and a thought that you love”.

This is the beautiful thing about ‘The Garden’. Marvell knows what matters, if only to himself. When all becomes a thought in shade, the most important word of the entire poem becomes the adjective which describes them: Green. A typically ambiguous word for Marvell to use, ‘green’ reflects new life and vitality, yet also jealousy and sickness.

There are holes in Marvell’s life. In this idyllic Paradise, Marvell’s ‘Eve’ is nowhere to be found. Elsewhere, in Upon Appleton House (1651), 14-year-old Maria Fairfax provides a certain light for him. In the Mower poems, the mysterious female figure of Juliana drives the tormented, somewhat hormonal mower to absolute distraction and possible suicide.

Professionally, it is difficult to comment. Privately, it is not. There is barely any information about Marvell’s relationships in his 56 years, if any occurred. All we do know is that he may well have been married for the last 12 years of his life without anyone else knowing.

This could be fraudulent, and we could be talking about a man who remained unattached, virginal, impotent, or a closet homosexual. Or, it is legitimate and we have a man so deathly secretive about his private dealings that we really just do not know regardless. But there is enough in his private lyrics to tell us that women are enough of a source of hurt and of longing.

Approaching the age of 27, I really do feel for the man. Bring into this Marvell’s most famous poem, ‘To His Coy Mistress’ (which is anything but a seduction poem) and you get the sense of frustration and confusion. Take a man lacking in confidence (as Marvell’s early poems seem to suggest), and the mental struggle can be particularly damaging.

It seems ironic that the deepest of personal and private connections, as reached through literature, must almost indefinitely remain private. Perhaps there is a particular skill to writing about this kind of thing, but not everything is as clear cut and easily referenceable as we would like. Some distinctly private experiences seem destined to remain that way.

Two paradises ’twere in one
To live in Paradise alone.