Some people are blessed with an awful lot in life. Loving families. Countless friends. Others must cope without. There’s a story of some sort behind every door.

But what happens when those stories are over? A line of work we don’t think about often enough is what happens to the dead when there appears to be nobody left. 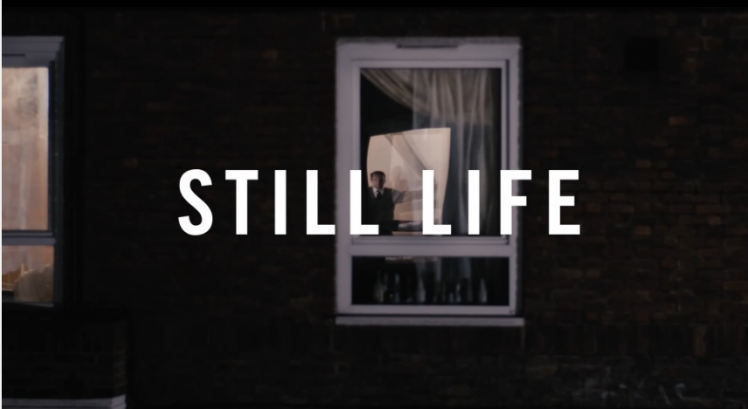 One of the standout poems from Rory Waterman’s debut volume, Tonight the Summer’s Over, considers this very outcome.

Council workers attend the home of a deceased man, pack him up, and restore his flat. All in a day’s work.

From a Birmingham Council Flat

The usual wash of post by the door:
bills and statements, a couple of Christmas cards
in June. Neighbours thought they’d not seen John
for months, then could take the flies no more
and someone wondered where they’d all come from
and called us in. The stench was hot and hard,
my stomach hit my throat. Forensics packed
him up and took him off. We cleaned the floor

of ash from his last cigarette, and saw
the hollow in the sofa where he stopped
in front of his TV, beneath his lamp,
and fumigated to wipe out the raw
taste of him, between framed photographs
of dimpled schoolchildren. And no one cried
at the sight of the wedding album or patches of damp,
or wondered what he’d bothered living for.

The poem balances a hard-hitting throe of mortality – a stench so extreme it has taste – with subtle, understated sympathy.

The workers treating death as commonplace contrasts against the narrator’s contemplation of the life stories left behind.

The workers don’t care about the relics. There’s no reason why they should. But the narrator does care. The usual experience of loss – of mourning, of tears, reflections, and eulogies – is observable by its absence.

And alerting us to the sheer inertness of this emotional environment – ‘no one cried’ – is to lament that the fragments of this man’s story meant absolutely nothing in the end. 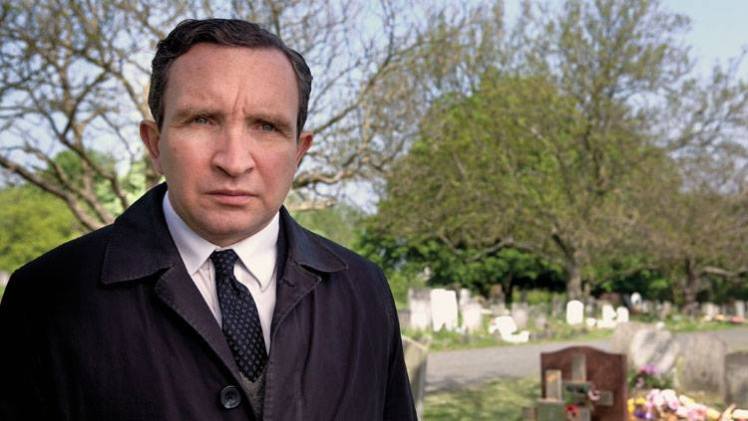 This is precisely what caught my imagination about a beautiful film I saw recently, Still Life.

John May (Eddie Marsan) works tirelessly and methodically to ensure that those who have died alone get a respectable send off. His struggle to track down the deceased’s next of kin often delivers little reward.

The film begins with him as the sole attendant at a sequence of funerals he has arranged himself.

The sheer sense of humanity just keeps growing. May’s life is absorbed by his job. He works and lives alone, comforted only by the identities of the lost souls in his custody.

We see him conscientiously placing pictures of the deceased into a cherishingly kept album, determined that lives and memories will mean something to him, if nobody else.

Sting in the Tale

The world of Waterman’s poem remains unnervingly familiar, however.

May is particularly stung by the discovery of a man in the council flat opposite his own, who had been dead for weeks. He stares aghast through the window, determined that he should have noticed something.

And it’s not long before his meticulous care for the dead becomes a luxury that budget-conscious bosses are only too keen to axe, leaving May’s last case as the most momentous of his career.

Rory’s poem is cleverly poised about the ‘processing’ of the dead as a necessary act. Yet, in Still Life, the viewer is appalled by the mass cremations that replace May’s work. Having witnessed the humane alternative he represents, it feels remarkably pitiless. 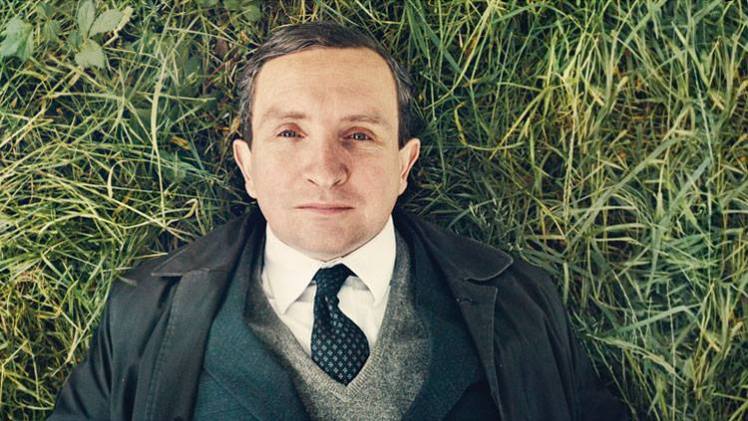 The inevitable risk is that May becomes the victim of everything he toils so hard to overcome.

He’s a lonely man with precise rituals, comforted only by his compendium of lost souls. It leads to one of the most heart-wrenching moments I’ve ever seen in film.

Waterman’s poem raises the difficult issue of how we respect the ‘anonymous’ dead. Still Life invites us to view a very similar world and consider that there could have been an alternative ending – an ending where somebody did care and where the life did matter.

It’s poignant and bittersweet, though maybe quite assuring, that whatever we believe about the afterlife, we might not be completely alone once the white light descends.

I’m very grateful for your time.

One thought on “Still Life”