With student protests, planned anarchy, university sit-ins, the attack on the Royal cavalcade, we have attempted revolution on our streets once again.

I’ve found this year troubling for the way politics has become aggressively demonstrated in the new digital public sphere. I remember voicing concern during the election that friendship had adopted political colour in a way that had never happened before. I suspect the same to be true of the university tuition fee debacle.

There are legitimate arguments on both sides here. It is necessary to divide the issues from the vitriolic protests that were carried out in response. Charlie Brooker, as ever, does a neat line on those happenings (c. 54 mins onwards). But perhaps I can offer a snippet of my own.

I was incredibly fortunate to attend the Royal Grammar School in Newcastle thanks to the Tories. The ‘Assisted Places’ scheme helped me to attend an institution far beyond my family’s financial reach, and I have always tried to carry the best of the opportunities and the least of the pretension.

Following this, I was fortunate with the university tuition fee system as it existed in 2003. Exempt through means-testing (again), I could attend a fabulous institution faced only with the costs of living. The jobs I undertook, including managing a bar, helped to subsidise this enormously.

Now, we are approaching a more consumerised model which will undoubtedly change the complexion of higher education in the UK. Yet, I understand why, from one viewpoint, fee rises might be necessary.

Let’s take an alternative university system to our own: the Swiss. Tuition fees in Geneva are very affordable – cheap, even – and they work as a flat enrolment fee. Students pay per semester and can take as many or as few courses as they wish.

They can afford to stretch out the experience, complementing it with part-time work or study abroad, and take longer than three years if they wish. Tutors have to be flexible to higher or lower numbers in any given semester.

In Switzerland, the syllabus is supervised by a professor (e.g. Medieval, Early Modern, Modern, etc) and largely devised and taught by PhD students, who are eager to create a portfolio of appealing and exciting courses. Swiss students respect the ‘doctorant’ as a professional.

Here in the UK, students lumbered with PhD students as course tutors often feel disillusioned or cut short. With the rise of fees, the student-turned-customer will feel more entitled to the big names. (I sympathise here because the tutor of my first undergraduate class was a major influence in everything I have gone on to do). 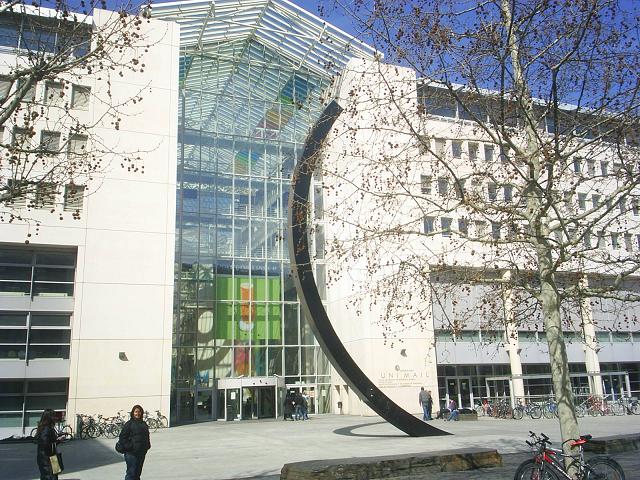 The Swiss system is much cheaper to operate. Geneva’s department turns over slightly more English undergraduates per year than Bristol (though they take two subjects), but Bristol’s nine professors, senior lecturers, junior lecturers, readers, and so forth, combine to dwarf Geneva’s pool of doctorant(e) staff. The difference must run up to several hundred thousand pounds per annum, and all for a small department. Magnify this within and across universities, and it is very easy to see how UK institutions operate on very different scales of cost.

The Swiss system is visionary. While I’ve no doubt that some PhD students make for rubbish tutors, it’s a creative system that can work brilliantly. Supervising professors look for capable and enthusiastic teachers rather than individuals focused only on churning out 80,000 words.

UK universities, primarily Russell Group, are built around research demands. This is where the real investment is and where funding comes from. But the costs are so much higher than teaching, and the demands are high to keep the strongest insitutions competing at the highest level. For that reason, tuition fees were always likely to rise before they fell, irrespective of additional teaching cuts.

Scotland, a nation with some excellent institutions and a long culture of generosity, will no doubt feel the painful blow of change to come soon. The free-market American system has shown how much the cost of the highest value degree can be, and it is a sobering thought that Oxford and Cambridge bow in deference to a number of major US institutions in several World League tables. The Browne Review might even have brought us that system. We have been spared it for now.

Who is university for?

This whole episode calls for a mature debate about what university should really be for.

Should 50% of young people attend university to study pop-culture subjects? Should universities aim to shrink before they grow? Should we see the post-92s revert back to polytechnics and practical skills-based colleges? Should academic departments be compelled to offer courses in career-related disciplines? Or, with increasing numbers opting for further study while employment prospects remain slim, should it be postgraduates that face the brunt of the rise?

The Liberal Democrat party has faced a backlash for reneging its pledge to oppose a rise in tuition fees. Where the realities have come to pass is not only in the realisation that concessions need to be found in coalition, but also in Mr Clegg’s statement that:

I think it is wrong to saddle young people with £25,000 worth of debt before they have even set foot in adult life.

Before, we could have all been forgiven for thinking that undergraduate careers constituted a rather luxurious and profligate meandering into adult life. It means that real decisions now begin at 18, not 21. Do I want to bear the cost, or don’t I? The economy does not have room for luxuries. Do you really want your English degree, or will work experience be more important now?

Alternatively, UK students could take their language learning more seriously and take their degrees in Europe, where, even with accommodation costs, they may find it a considerably cheaper prospect. Although Switzerland was a very difficult time, I can only promote a system that combines creativity, innovation, efficiency, professionalism, and multiculturalism.

Perhaps that’s what the UK needs to aim for as a whole to get everything back on track.

One thought on “Private Education: Universities, Fees, and Futures”