Regular users of social media networks will no doubt have noticed – if their friends lists are anything like mine – that politics is again becoming a very public sport.

I raised some concerns last year about the extent to which social networking sites turn into ideological crusades when elections come along. Yesterday, a referendum was held on whether to adopt the ‘Alternative Vote’ system, and the same tactics were out in force again.

[If you want to be great like me:] You must vote X too.

And then the breach of personal sovereignty:

Go on! Tell me how you voted!

One of the main reasons why people choose to announce their vote is the fashionable image of themselves they think it demonstrates to all of their friends at once. There’s a scramble for the peer points at stake, and a desire to be judged favourably by the fashionista, Twitterati, etc.

Instructing others on how to vote, on the other hand, and asking them to disclose their private politics is considerably more problematic. This stretches curiosity to a breaking point where it’s now acceptable to ask and where judgement is being publicly cast.

It’s now acceptable to ask. Since when did social media make this an automatic rite of passage?

No – I’m not obliged to tell you how I voted just because you’ve told me. You chose to tell me.

This sort of thing did not happen before, but social media (or selfish media, as we might label it) has propagated it. It’s like a giant playground out there.

I’m going to borrow an acquaintance’s words. In one place, he says, “It scares me to think that some people are even thinking of voting No”. We are all entitled to our opinions – fair enough – but public statements like this make a point of outright rigidity; if you are planning to vote ‘No’, the reader and I will not get along.

In another place, he adds “Voted yes. You should too. I’ll be your friend if you do”. There’s a playfulness to this, of course, but the wider point is: if there was no means of swapping all this information, and if the privacy of the polling booth was allowed to remain sacrosanct, would we have all this stupid animosity?

Last year, it was Liberal Democrat voters who soared in this public moral crusade and popularity contest, and look what happened there. Are you quite as proud now? I am proud that I do not judge others based on political beliefs. But if others would seek to judge me based on mine then perhaps I would rather not know them at all.

The Fate of LiveJournal 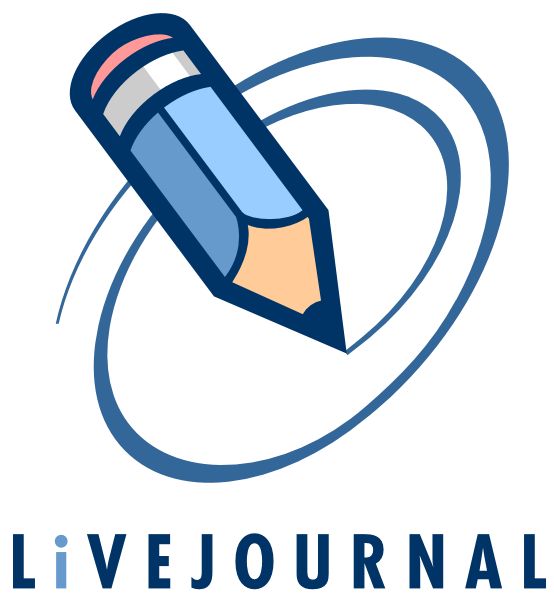 I’ve recently had the good fortune to work with the fantastic Al Allday for the first time in over a decade. Al, whose blog is a must-read, recently considered LiveJournal and what has caused its downfall, which has prompted me – a migrated LJ user – to consider the same.

Al stresses the value of intimacy and community that came with LiveJournal, an early platform for personal diurnals, and puts the blame for this decline at the feet of social media and the changes in behaviour that have come with it.

Times (and personal voices) are now less about substance and more about soundbytes. Image is everything. Personal truth and insularity cede to a culture of headlines, achievement, boldness over subtlety, and general ephemera. For these reasons, we are not using social media to get to know people and small groups intimately as before, but instead showing a thumbprint of ourselves – often a polished and disingenuous one – to the masses.

I find myself with a few tangential (though complementary) thoughts. I began LiveJournaling in 2003 and migrated to WordPress in 2009. LiveJournal was my very first open template, and the network for my first close community. I wrote my heart out. For all the difficulties I had, people could learn a great deal about me through following a page which demonstrated my lightest and darkest corners.

Now, as Al notes, that kind of writing and community seems an alien idea. It’s been replaced, and we’ve moved on. (Our comment discussion on the blog post is itself quite revealing.)

But here’s the question. If Facebook did not exist, would the same community of LiveJournalers I grew to know and love still exist with the same vigour? Social media expanded in force and instigated changes, not least in the self-fashioning of ourselves online. There’s no escaping that. I’m just trying to imagine the factors that may have affected the craft of journalling  had this particular dirty footprint not landed.

Al notes that he learnt how to blog on LiveJournal. That’s quite a loaded infinitive. I learnt how to communicate there, and how to build bonds. It encouraged me to be open and raw in a way that I cannot contemplate again. But if anything, my writing deteriorated. Even before I joined Facebook, my LiveJournal activity ended up becoming strained as I struggled to contort private matters into public writing.

I started journaling at a loaded time, and my introspection peaked with a succession of transitory experiences: new beginnings, a first true social crowd, university, and so forth. As I was growing older, though, my natural prerogative was moving away from the exposed open-book to a more private introversion. The value that had been placed on my daily activities and thoughts started to become embarrassing. If anything, the advent of social media only highlighted this more. LiveJournal seemed an even more elaborate and verbose brand of narcissism.

Why is the diurnal of little me important in any way? It isn’t.

Social media may have pushed me off the LiveJournal cliff before I could jump, but it did not single-handedly lead me to the edge.

I attribute LiveJournal as being the right portal for a particular stage of life – roughly 18-22. Is it not, then, that some of us either grow out of personal musing, or grow away from it? Perhaps, as I suggested to Al: when that age of late teens and early twenty-somethings eventually grew up, we felt the hedonism of our creativity slip us by. Experiences are somehow not as new and unique and crystalline the second, third or nth time around.

Let’s face it. LiveJournal is still alive, and the nostalgic appeal still burns. But that’s it: nostalgia. It’s a memory of past freedom, liberty, youth, expression. Social media alone did not rip this from us – time’s winged chariot did.

It’s still alive, and yet we choose not to use it. Both Al and myself maintain blogs that encompass a lot of professional pride. If we truly wanted to, one suspects, we would make time for LiveJournal. For whatever reason, that isn’t happening. I have found my locus here. I have learnt how to marry public and private writing, and developed a more purposeful writing style. LiveJournal, meanwhile, is still out there. It hasn’t been totally replaced as a writing entity – just as a personal priority. Social media cannot take the blame for that.

Perhaps it is life’s lessons – being stung for openness – that drives an introspective LiveJournaler away to something else. And this is it. I cannot help but think that too much of one thing often drives us into the hands of its opposite. Too much liberty, openness and confession drives us to a more private place. And yet I don’t see that there has to be anything wrong with that, nor reasons sought for it.

Hence, I’m not disagreeing with Al’s assessment at all, nor defending the denegration caused by the expansion of social media. I’m just suggesting that the impact of social media masks a number of complex transitory issues, notably the interception of the age-range at which the height of our introspection and curiosities occurs with the most suitable of available networking portals at the time.

Now that we all have a wider choice, we choose to adhere to a (more false) form of public, or a more private existence. That’s growing up, its perils and its pitfalls. The LiveJournal cliff was clearly one of the latter.

6 thoughts on “A Vote of No: Social Media and Sacrifices”