Science-fiction talk about ‘fixed points in time’ is something that really piques my attention. We have to deal with our life-defining moments. They cannot be undone.

Last week, while waiting for a Metro at Newcastle Central Station, a member of Nexus staff approached with a questionnaire about personal safety.

Had I noticed police officers or Metro staff on the premises? Had I witnessed any antisocial behaviour? Did I know about the CCTV coverage and the alarm system?

It’s all so bittersweet, because a prank-attack 12 years ago at that very station was a life-defining moment. A chain of mental issues outgrew the incident and haunted me for a long time – to the disbelief of most who knew me and to myself as well.

It exposed me as a vulnerable, weak, insecure teen, a coward, a laughing stock, and a born target.

I learnt about human nature when friends who declared their support soon welcomed back the perpetrator after declaring an intention to ostracise him.

It was never their fault, of course, that it all escalated in my own head. Privacy and contemplation allowed thought to spiral out of control. Solidarity didn’t last beyond a weekend.

The coping mechanism was a turn on my own appearance. That, in one form or another, has dominated the way I have fashioned myself in the 21st century.

It’s a subject I struggle to write about because it’s difficult to do so in a constructive and unselfish way. I know how difficult (and often unpleasant) it is to read and hear people laying into themselves.

I’m aware of the measures I take – mostly jocular – to maintain a rather sorry need to sound the voices that are imprisoned within.

How do you get around issues so fundamentally antisocial and destructive? My way, as with anything, has been to study it, and to lose myself in the fascination of how the mind/body relationship works.

The process began during my undergraduate degree in Bristol, when a course on ekphrasis allowed me to delve closer into the obsession with aesthetics, mirrors, self-portraits, and general written response to the visual.

This expanded to the corporeal in Geneva when I followed a perfectly-suited course, ‘Body Dysmorphic Discourses’, convened by Professor Deborah Madsen.

My latest PhD chapter, which deals with Andrew Marvell’s ventriloquism for a Cromwellian portrait, the visual fracture of the Cromwellian regime, and issues of glass and reflection, was both identified and informed by all that came before.

In a sense, this PhD reflects a unique lifetime of learning over and above a singular subject.

Dare we embrace harrowing afflictions if they provide insights that might otherwise not have been realised? 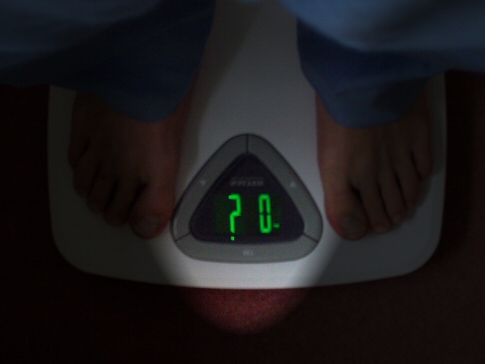 The hope that spending time up North would wind the clock back a few years is having some mild success. I’ve been more concentrated on work, finding more in less, lowering expectations, and finding a little luck on occasion.

It’s also given me a better relationship with the camera, which is itself remarkable because of the number of insulting remarks that I seem to attract.

There’s evidence as well. The particularly striking examples are ‘damaged goods’ a few months ago, which hit hard, and then a girl in Sunderland being abusive, which has become a recurring topic of humour at home.

Why does this happen? Watching Cherry’s Body Dilemmas on BBC3 a few weeks back, I find myself quite surprised at the apparently widespread low body confidence in women, given how readily some of them throw targeted insults at me.

Just because I’m male does not make me immune. The questions go far deeper than those around me often realise. But when these remarks are heard by others, it offers some silent vindication. There’s always some benefit to not being completely isolated.

I live behind a thin and fragile veil: constantly checking if it’s there, reaching for protection when my surroundings change, and working out how to adapt to find peace.

Personal privacy is a strong part of that. And that’s an interesting phenomenon in a family home, where it tends to be most vulnerable.

But then, privacy has not always been about seclusion, and domestic privacy over the centuries has not always allowed that privilege. Privacy is what the individual makes of it.

I’ll continue to learn from experience and attempt to become a better person. But I have enough in the locker now to say something outright:

People claim that looks aren’t important. That’s something we like to believe of ourselves, whether or not it is true. Just, challenge yourself to have a little class before you use appearance as a weapon. Try things we can do something about.

5 thoughts on “Facing a Challenge”